Corte Madera Memories
This is a typewritten transcription of a very old 78-rpm recording made in 1950 by William I. Pixley at the time he was 81 years old, having been born in Corte Madera in 1869. The recording was later transferred to tape, which will be digitalized when it is located, so that Mr. Pixley's voice can be heard as well.  He was the nephew of the well-known Frank Morrison Pixley, of San Francisco and Corte Madera.  He grew up on the Pixley Ranch that was known as Owl's Wood.
WILLIAM ISACC PIXLEY 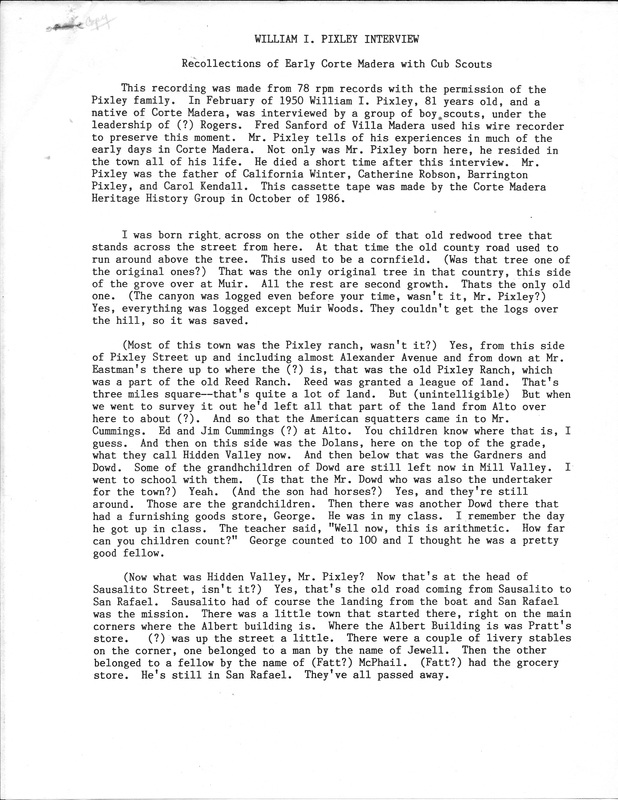 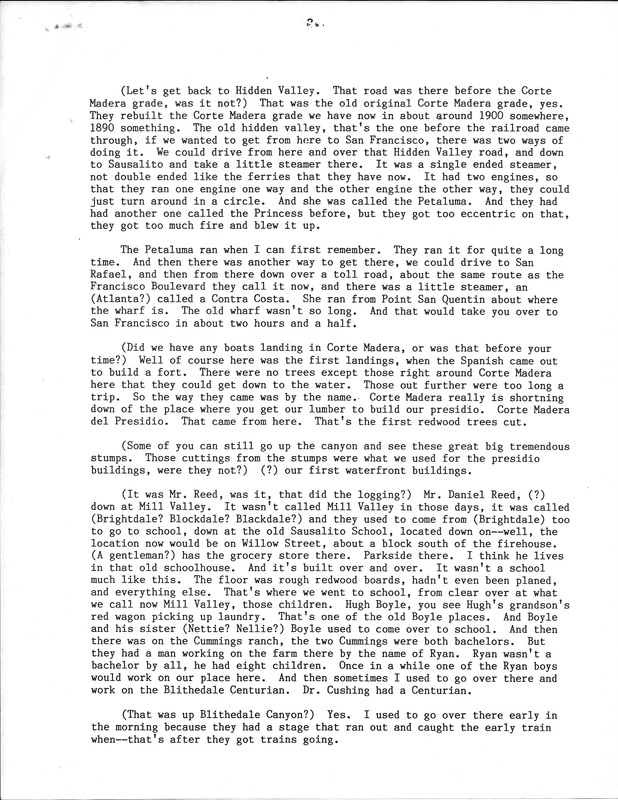 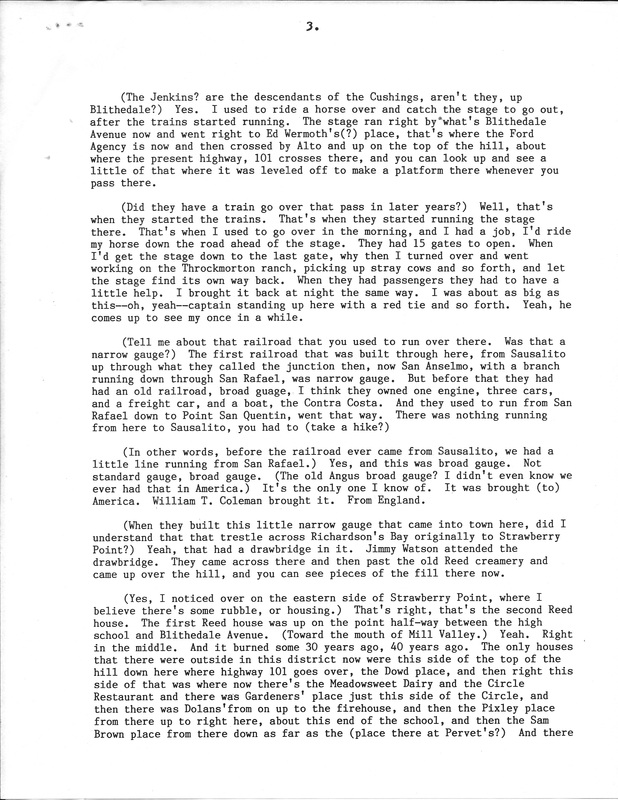 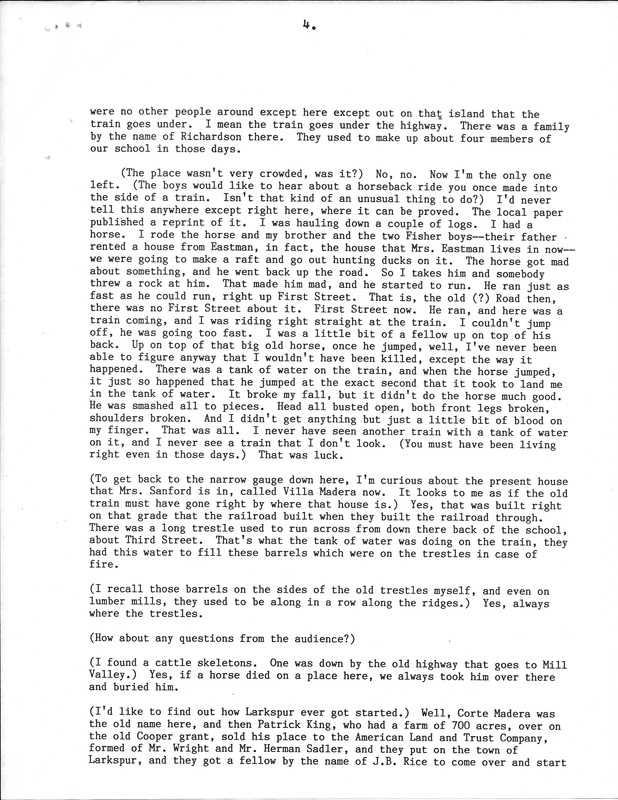 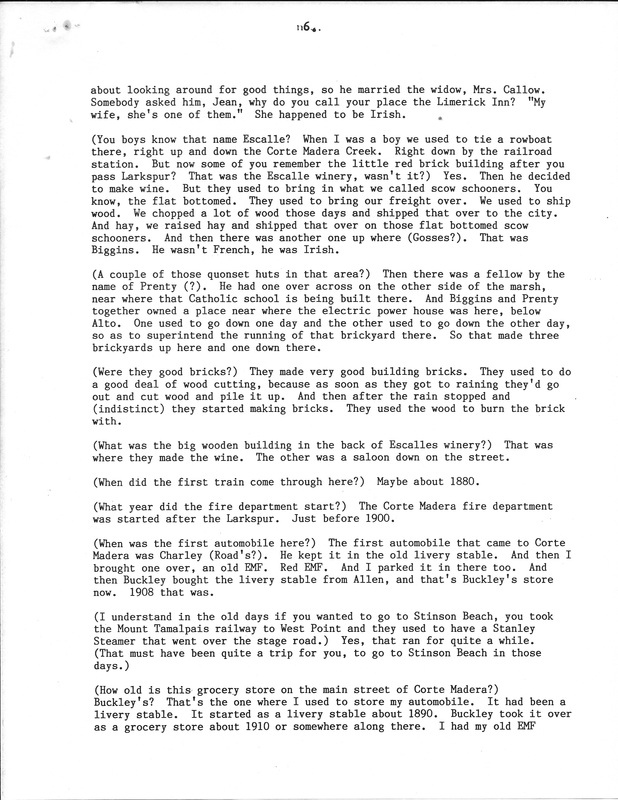 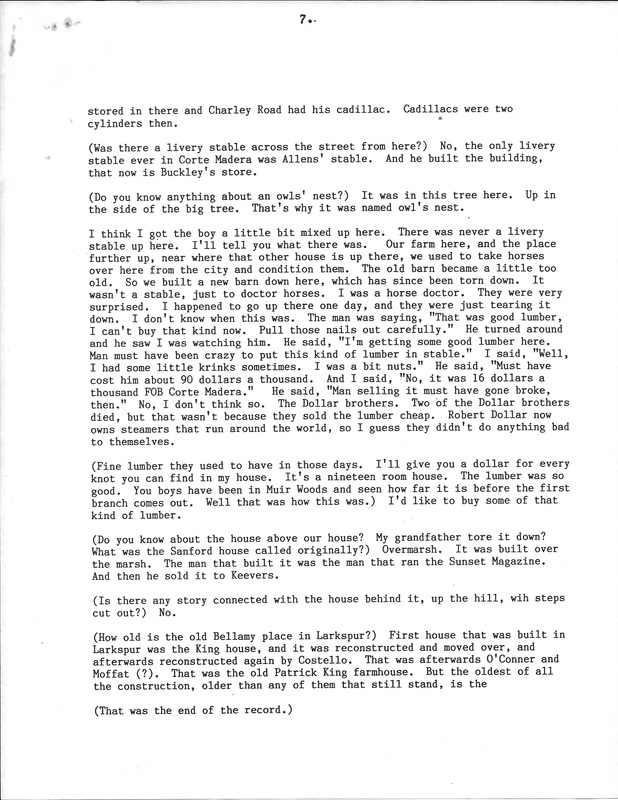