Former Corte Madera resident Luis Kubichek says that one of his treasured  memories is of accompanying a group of under-14 youth soccer players to Argentina in June 1978 for the World Cup.

The boys had played remarkable soccer that season, Uruguay native Luis Kubichek recalls, so the idea of taking them to see the world’s best players came naturally. Kubichek poured energy into raising funds for the trip, and contributed generously to the cause himself, friends say. Some of the boys couldn't imagine the long trip, saying the most they had traveled was from Corte Madera to Novato.

With coach Pat Kehoe, Director of Recreation Jackie Branch, under-10 coach Ron Evans and wife Britt, Luis and wife Judy, and some parents along to chaperone, the group of about 25 enjoyed a month of cultural exchange and soccer fever.

An  Argentinian friend of Kubichek's, Jacobo Merlin, had many connections that made the trip such a wonderful experience for the boys. The Argentinian government gave the group the best accommodations in a Sports Center and arranged for them to visit a local school. Since they were the only boys team from the U.S. to participate in the boys' tournament, they were regarded as the U.S. boys national team.  They were invited to see the games of the World Cup, where soccer fans came  up to the astonished boys and asked for their autographs.
Many thanks to Ron and Britt Evans for sending this in 2012 when we first began collecting longtime residents' stories about life in Corte Madera over the years: 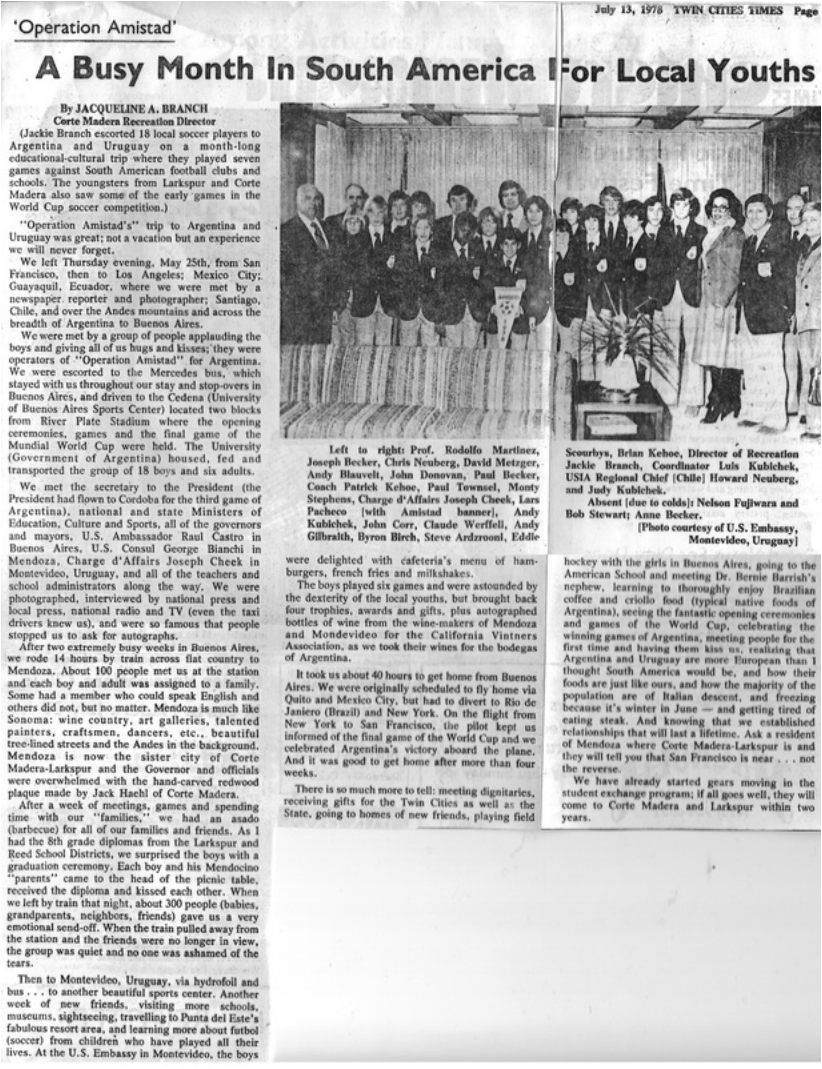