Corte Madera Memories
This is the  next in a series of typewritten transcriptions of recorded interviews done in 1976, when the American Bi-Centennial Committee launched a nationwide  campaign encouraging communities all over America to establish local history groups and preserve the past for future generations.  At that time, the Corte Madera Heritage & History Group was formed by a group of about twelve local residents who spent the next several years doing interviews, copying old photographs, collecting stories, and saving memorabilia in an effort to document the past hundred years of Corte Madera's history and heritage.         The three-ring binder filled with typewritten transcriptions of those long-ago recorded interviews was tucked away with other archival materials in a storage facility for many years,  intended to someday be printed in polished form.    In case that day never comes, we are posting scanned copies of those transcribed interviews along with written memories contributed by other early residents of Corte Madera in their original form.  Some contain handwritten edits, and others  end without being completed.       But we think you'll enjoy reading them nonetheless, and we hope to include photographs with each of them soon.
ELSIE HUMMEL THIERBACH 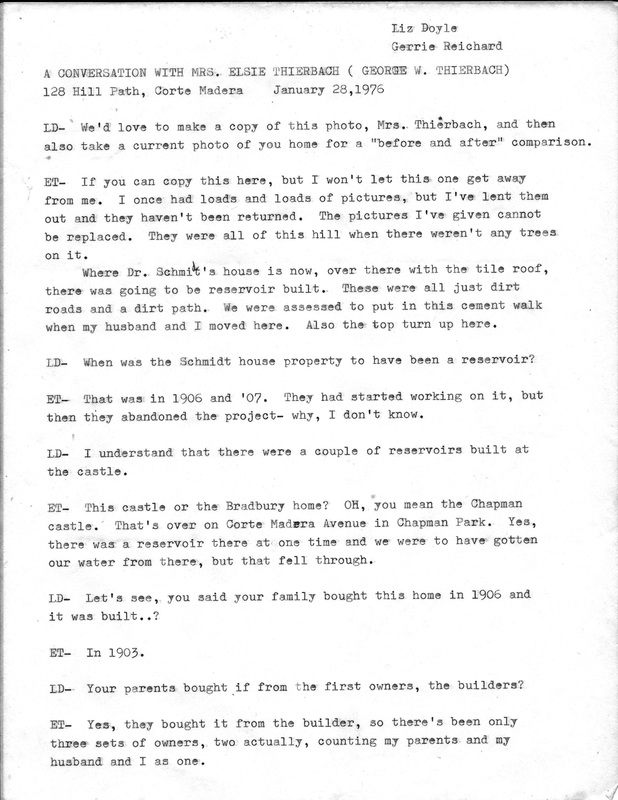 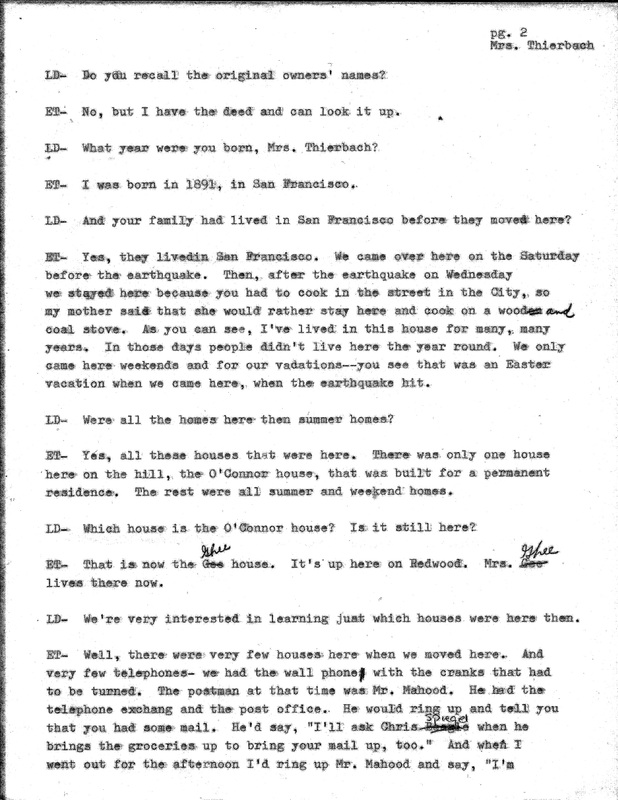 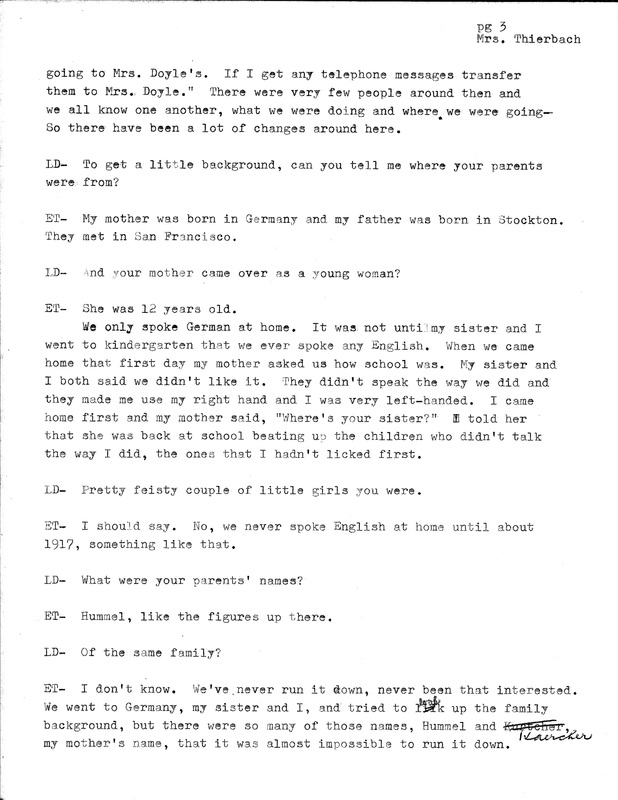 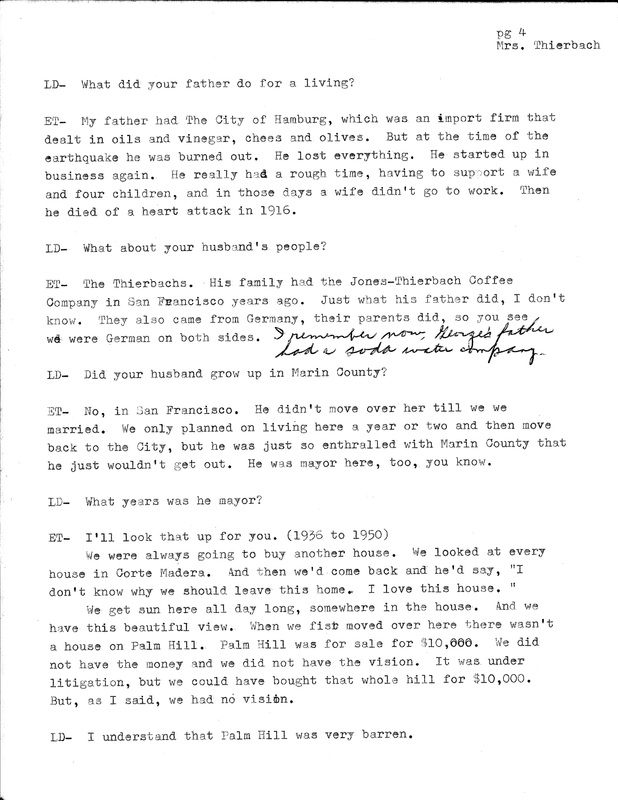 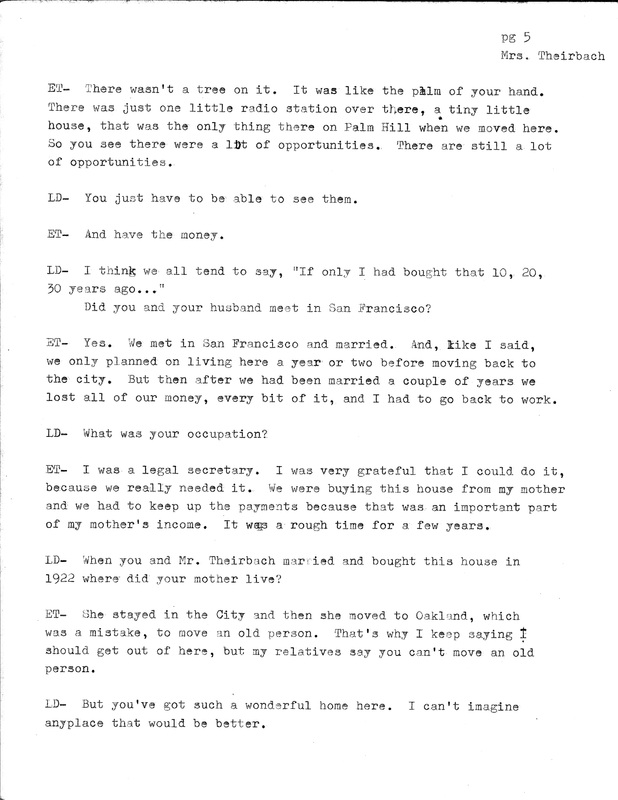 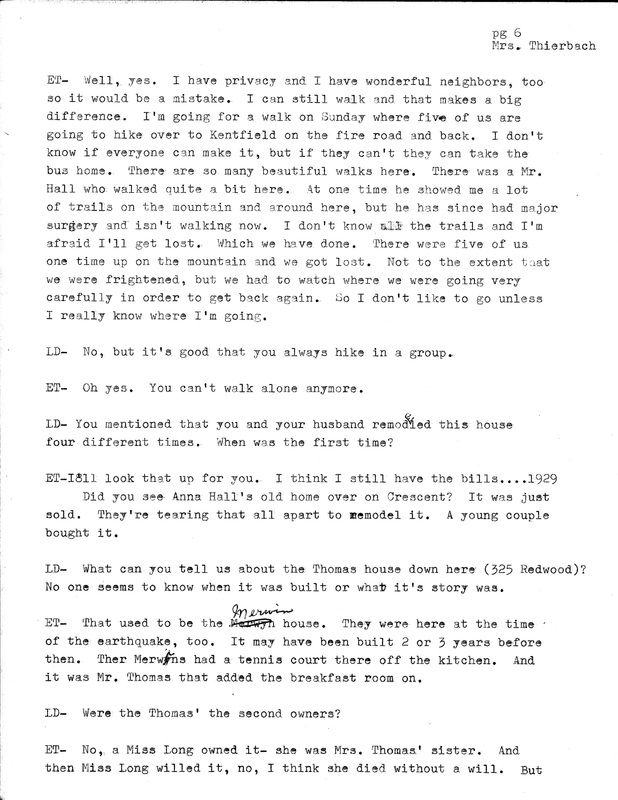 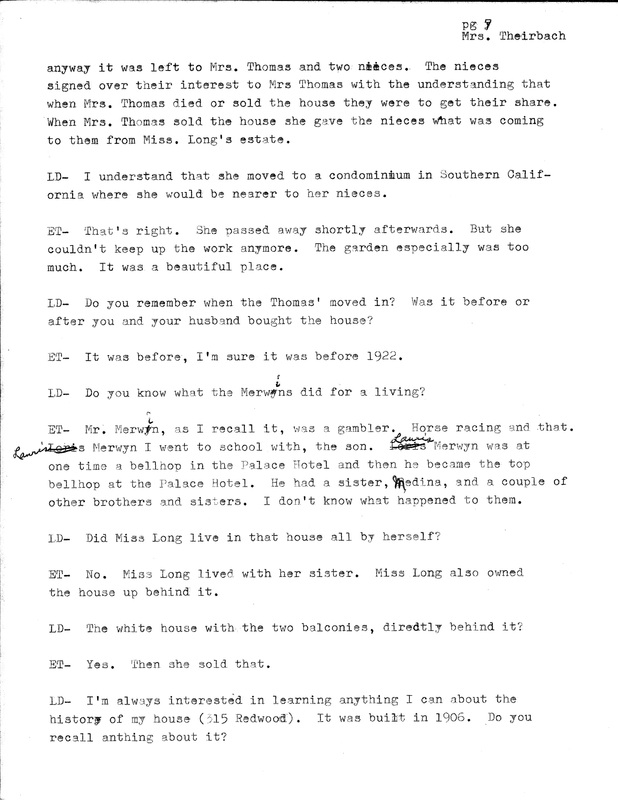 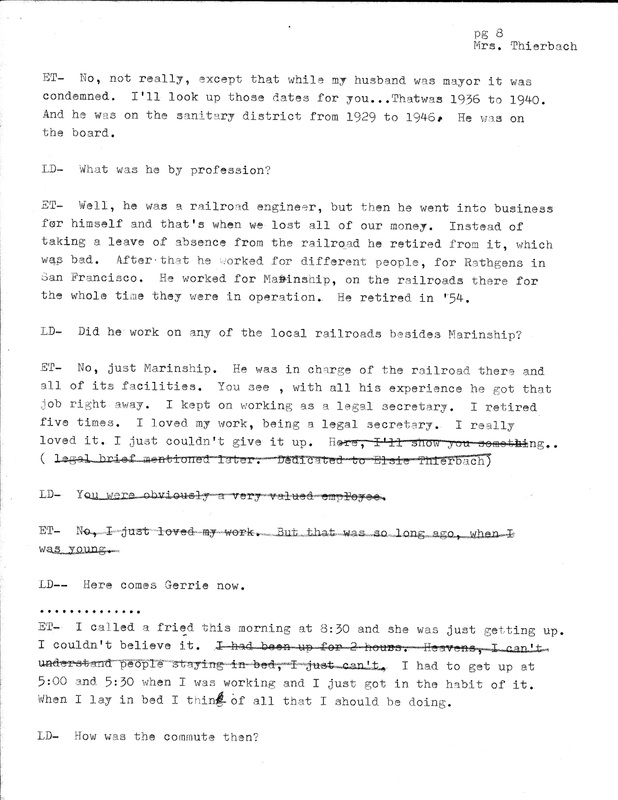 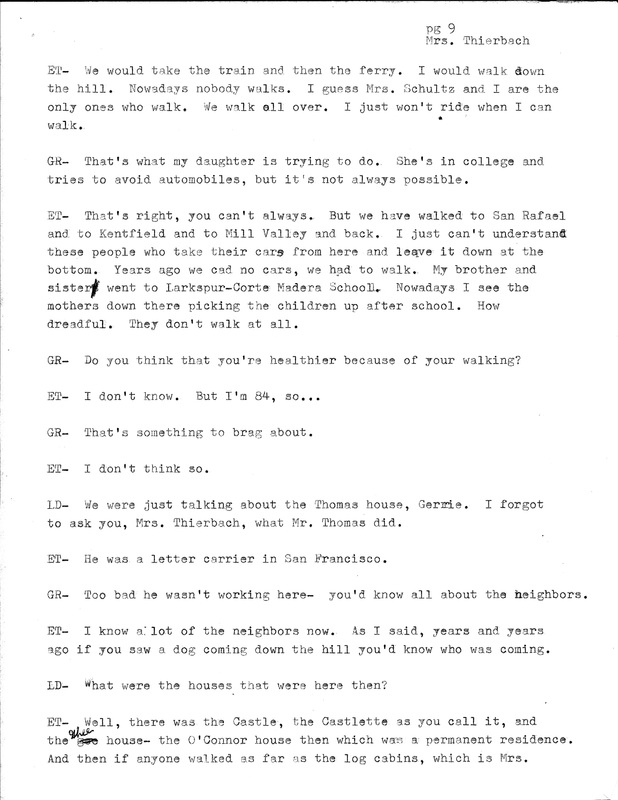 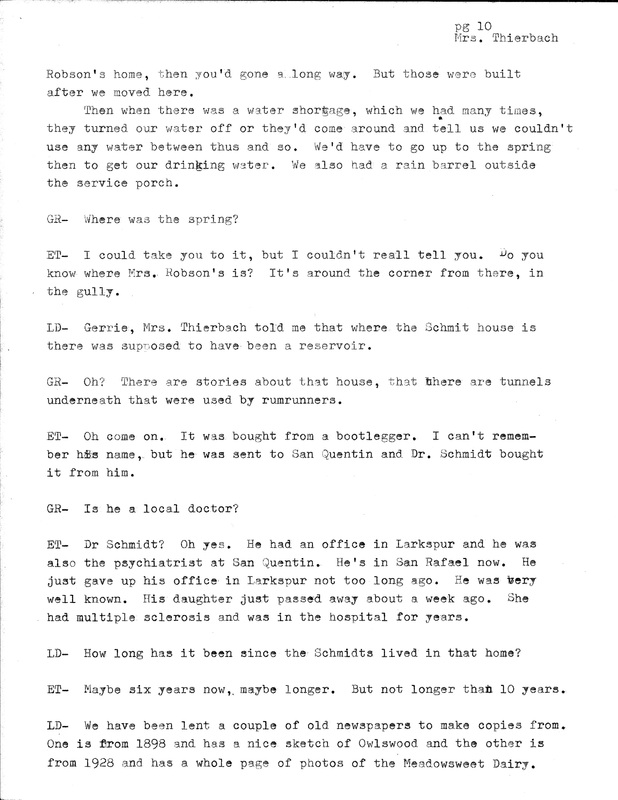 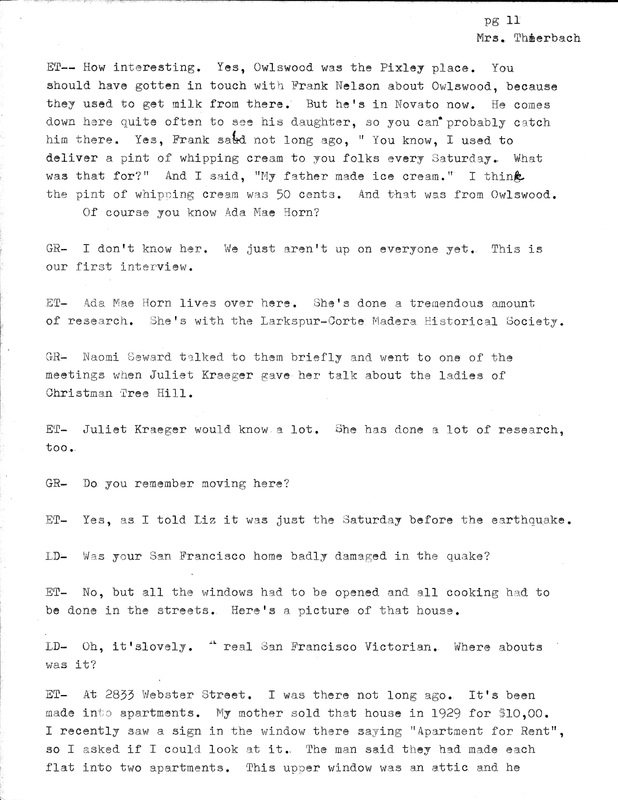 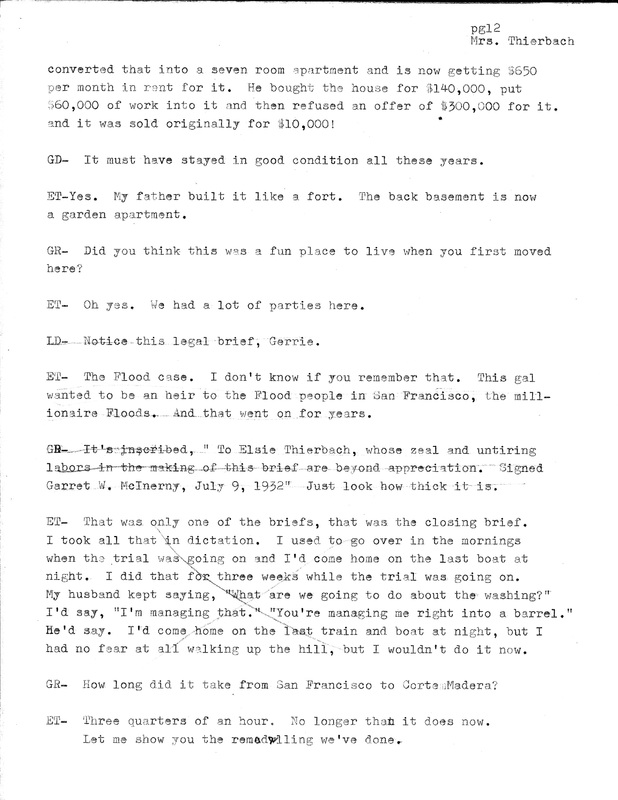 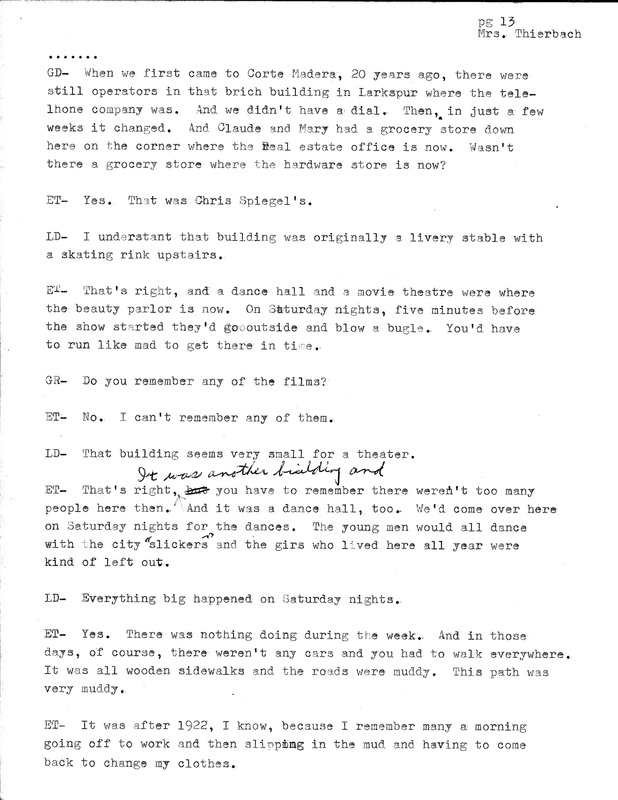 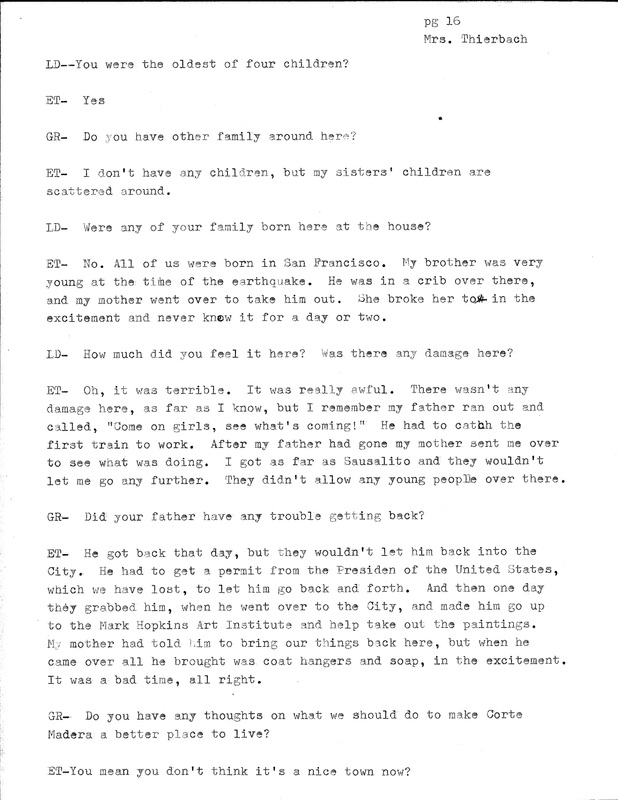