HUGE CHANGES TO THE natural landscape 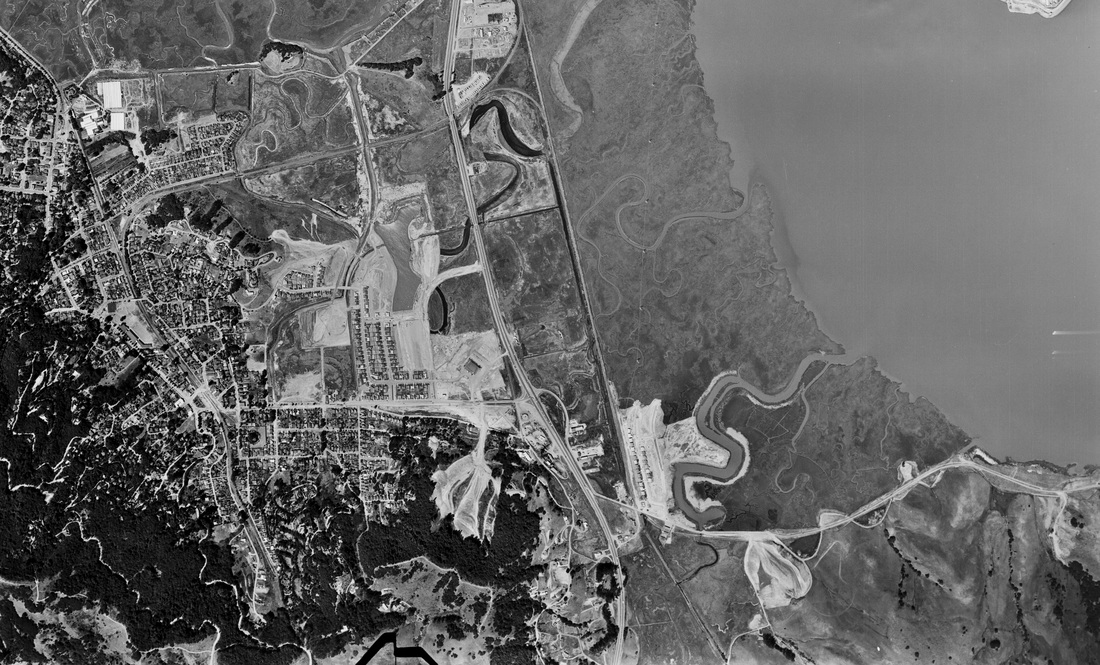 Within seven years after the end of World War II, the landscape of Corte Madera   had been massively changed, as all of the marshlands west of the highway were filled in by quarrying the surrounding hillsides.  In this  1952 aerial photo, you can see the deep gouges in the formerly wooded hill at lower left of center and on the grassy slope east of Palm Hill at the upper left of center where fill was obtained for the Madera Gardens subdivision.  Notice that the southern half of the Town Center site has been filled, and the large quonset hut that would become Littleman's Market can be seen in the center of the filled area.   On the bay side of the highway, homes have been built along Echo Avenue and Harbor Drive in the Marina Village subdivision, and the grassy hillsides of Ring Mountain are being carved into streets and homesites for development of the Marin Estates subdivision as  seen at lower right.         Town government would continue promoting rapid growth for another 20 years until stopped by a citizens' campaign that recalled the mayor and two council members in 1972 and put the brakes on runaway growth. 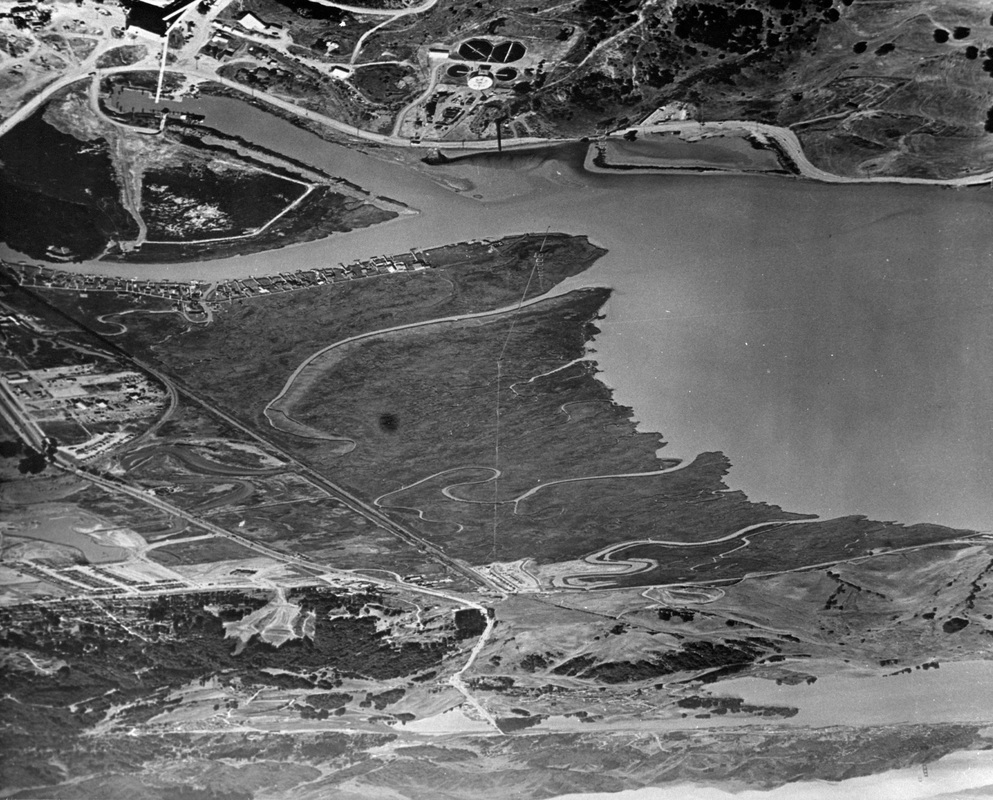 Marina Village was the first housing development in Corte Madera after World War II, built on the edge of the marsh on land that was drained, diked, and filled for homes to house returning veterans. 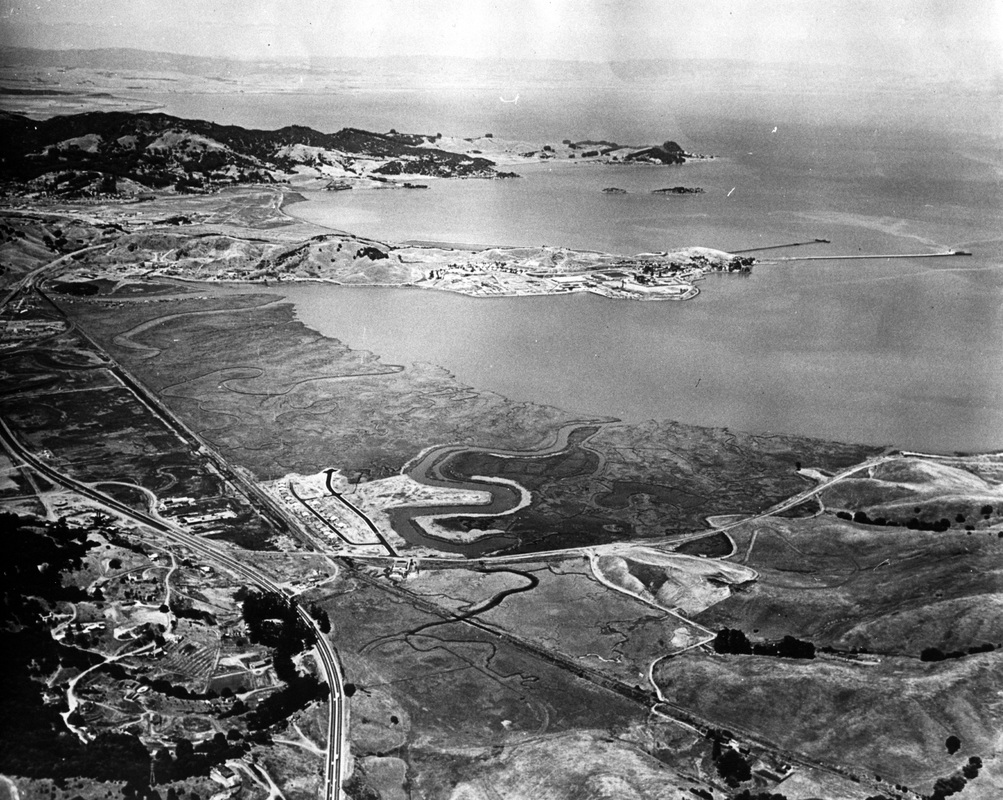 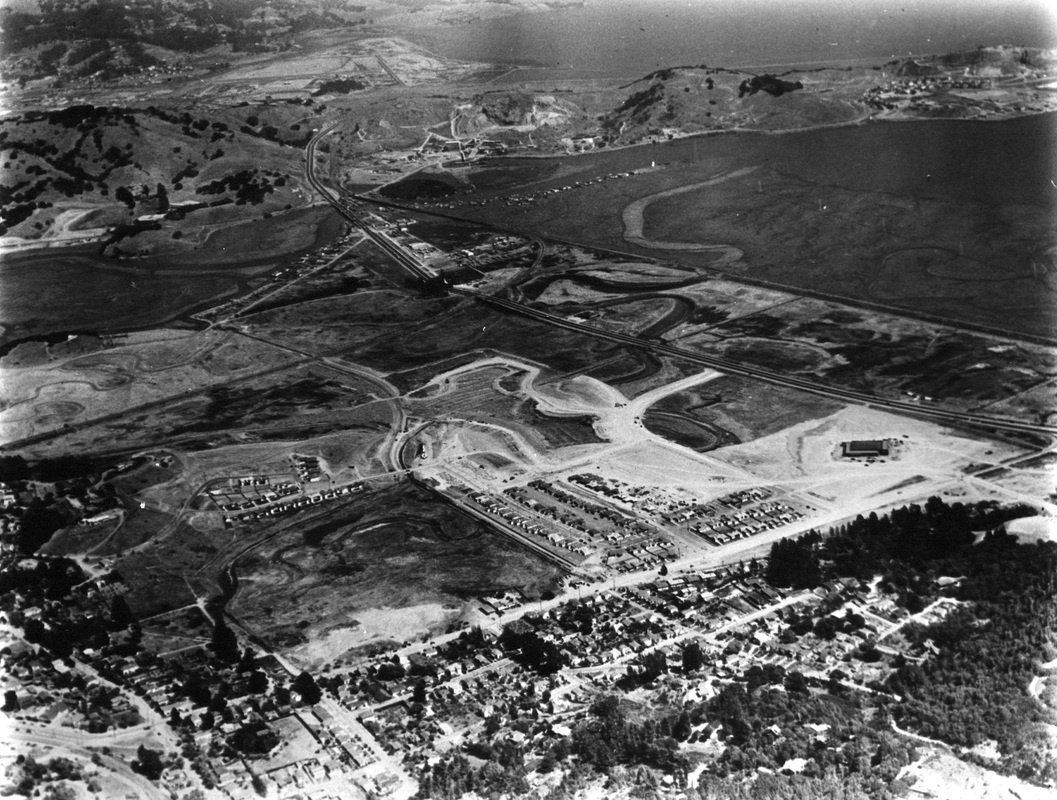 The first-phase construction of Madera Gardens was completed in the early 1950s on former tidelands that had been diked and drained to grow hay for Meadowsweet Dairy 20 years earlier.    A large, wooded hillside across Tamalpais Drive was gouged out to provide fill for the new housing development.  The unsightly scar was visible for decades to come. The large quonset hut that housed Littleman's Market, the first store to open at the site of  the soon-to-come Corte Madera Town Center, is seen at right center  in the photo above. 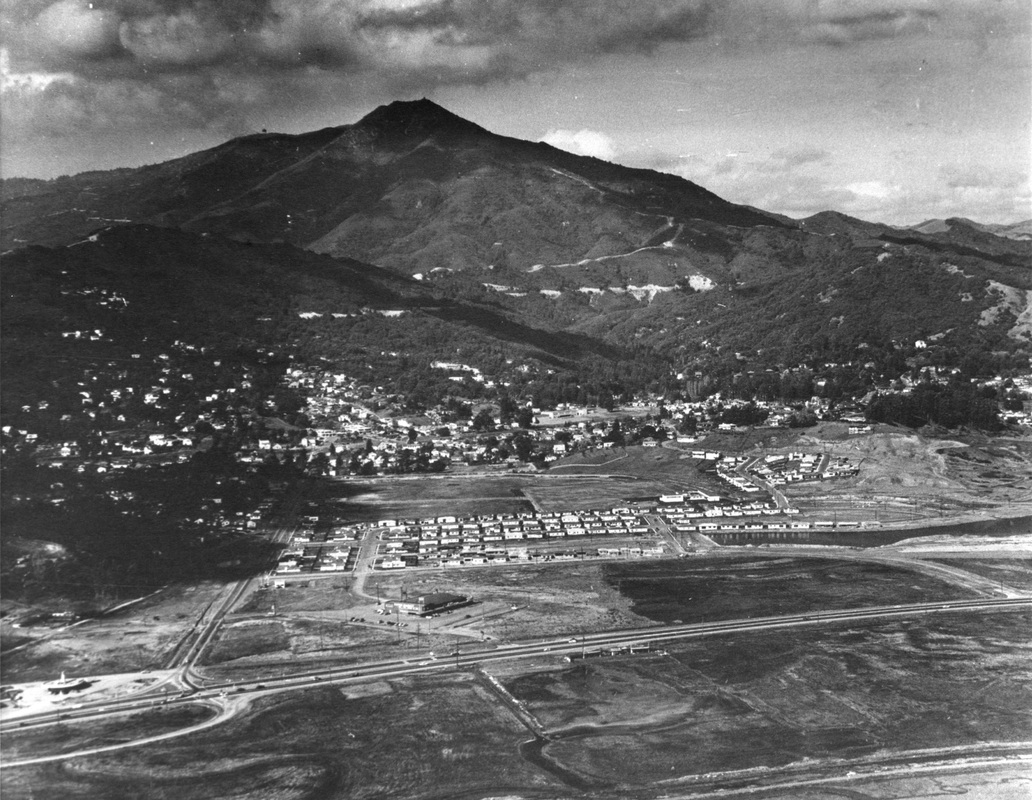 At lower left is the Circle Drive-In, which was a local landmark for many years.   The old road to San Rafael  that existed before the new highway was built went on the west side of the Circle Drive-In, and Conow Street is a remnant of that old road.   It connected to Meadowsweet   Drive  for going south to Sausalito.  The large open area seen between Tamalpais Drive and Meadowsweet is now the site of Marin Luxury Cars.

Marin Estates was the third housing development built in Corte Madera during the post-World War II years, on sites carved from the grassy hillsides where dairy cows once roamed above the marsh.   The former North Coast Railway tracks can be seen on the lower left, along with the then-new Koch Fiberglass Luggage factory near the center of the photo.    That site was once a mile-long racetrack that drew people from San Francisco to come by train to watch the horse races. 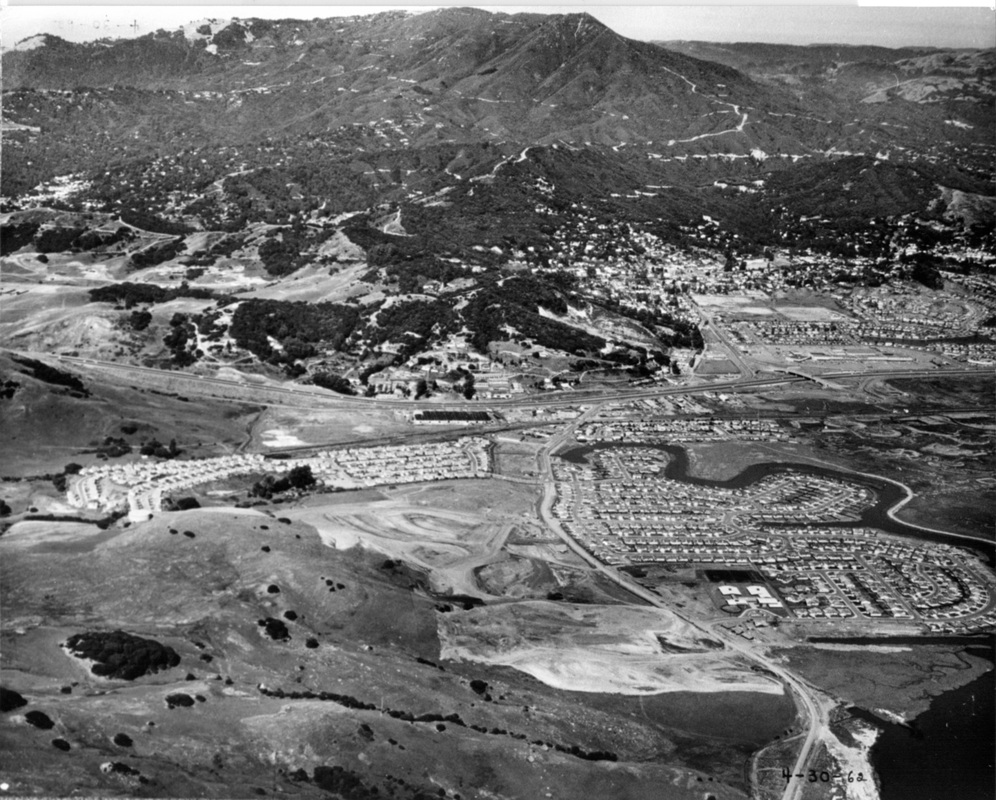 With completion of the first four units of Mariner Cove north of Paradise Drive, hillside demolition south of Paradise Drive continued in order to provide fill for further development of the former marshlands as the Mariner Highlands and Vista del Bahia developments were built.  The photo above was taken during the fill and grading process.

After the first four units of Mariner Cove were built in the late 1950s and early 1960s on the southern end of the marsh, south of San Clemente Creek, the fifth unit of Mariner Cove was built on the other side of the Creek in the mid 1960s.  Across the highway, the final phase of Madera Gardens was completed, with two large lagoons for flood-control purposes, and  the Corte Madera Town Center had opened.