Corte Madera Memories
TIME CAPSULE WAS BURIED AT END OF
75TH ANNIVERSARY CELEBRATION YEAR
After digging up and opening the time capsule that was buried in 1992, at the end of Corte Madera's 75th Anniversary Celebration Year, the contents were displayed in the Community Center for everyone to see.

Finding the exact location where the time capsule was buried 25 years ago proved to be a challenge for the Public Works crew.  None of them were here back then, in pre-GPS days, and all they knew was that it was buried in Menke Park.  Ground-penetrating radar was used, along with various other tools, but in the end, it was a hunch by one of the Public Works guys that led them to where it was buried.  The photos below show the sequence of the efforts to retrieve the time capsule buried 25 years ago.
After digging up the time capsule that was buried at the end of Corte Madera's 75th Anniversary Celebration Year, the public was invited to witness the opening of it.   A photo of the time capsule and those present at the opening are shown below, after which the contents were displayed in the Community Center for everyone to see on Weekend100.  Below are  photographs taken at the opening, along with a slideshow of the contents of that time capsule, which are being preserved for posterity. 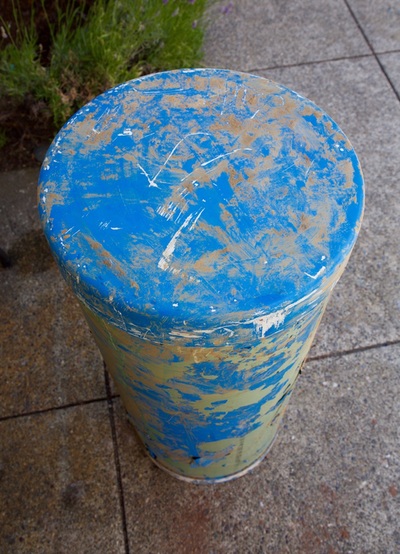 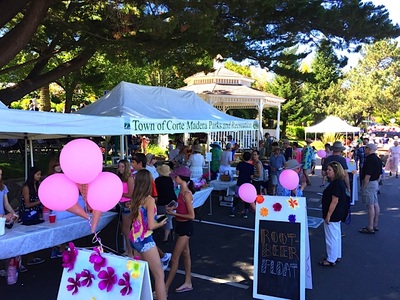 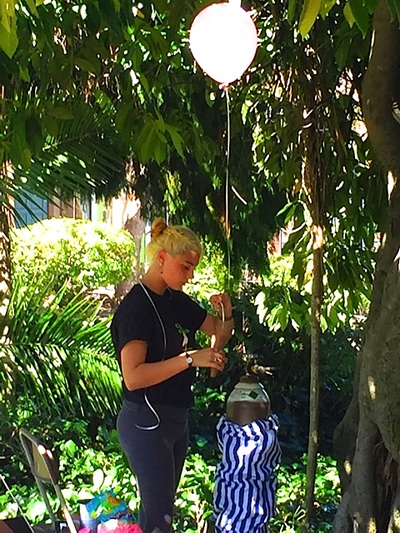