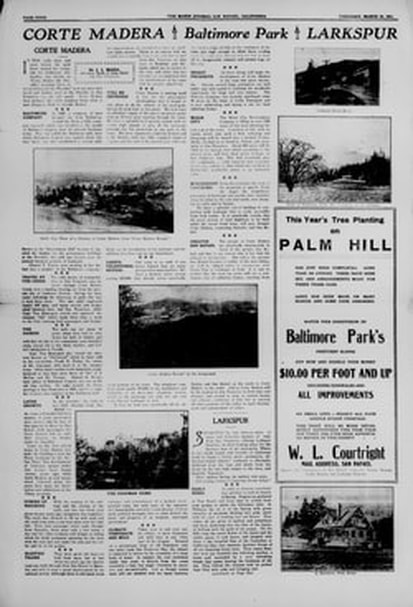 In 1911, the Corte Madera Improvement Club's president, J. J. Mazza, made an unabashed push for growth in the tiny community that hadn't yet decided whether to incorporate as a town or join the city of San Rafael.  Read about it in this edition of the Marin Journal published on March 23, 1911.
Click here to see article
Click here to read the transcribed text


The photo below, with Mount Tamalpais in the background, was taken in about 1911 from the slopes of what we know today as Chapman Park.  It  shows the Chapman meadows that were formerly the Mathew Tierney dairy lands adjoining the railroad tracks leading from the Alto Tunnel through Corte Madera, Larkspur, and all the way to Tomales.   Notice the little  Chapman train station on the platform topping the steps where people climbed up to board the trains that stopped there multiple times each day.  The triangular-shaped area where carriages and wagons pulled up to the station a hundred years ago is visible today at the intersection of Willow, Chapman, and Tunnel Lane.  The Malmgren home, seen to the left of center in the photo,  had just recently been built when this photo was taken.   That home, which has been beautifully maintained over the years, is now surrounded by trees at the end of Grove Avenue.  Virtually all of the historic homes seen in the photo below remain highly valued today in Corte Madera. 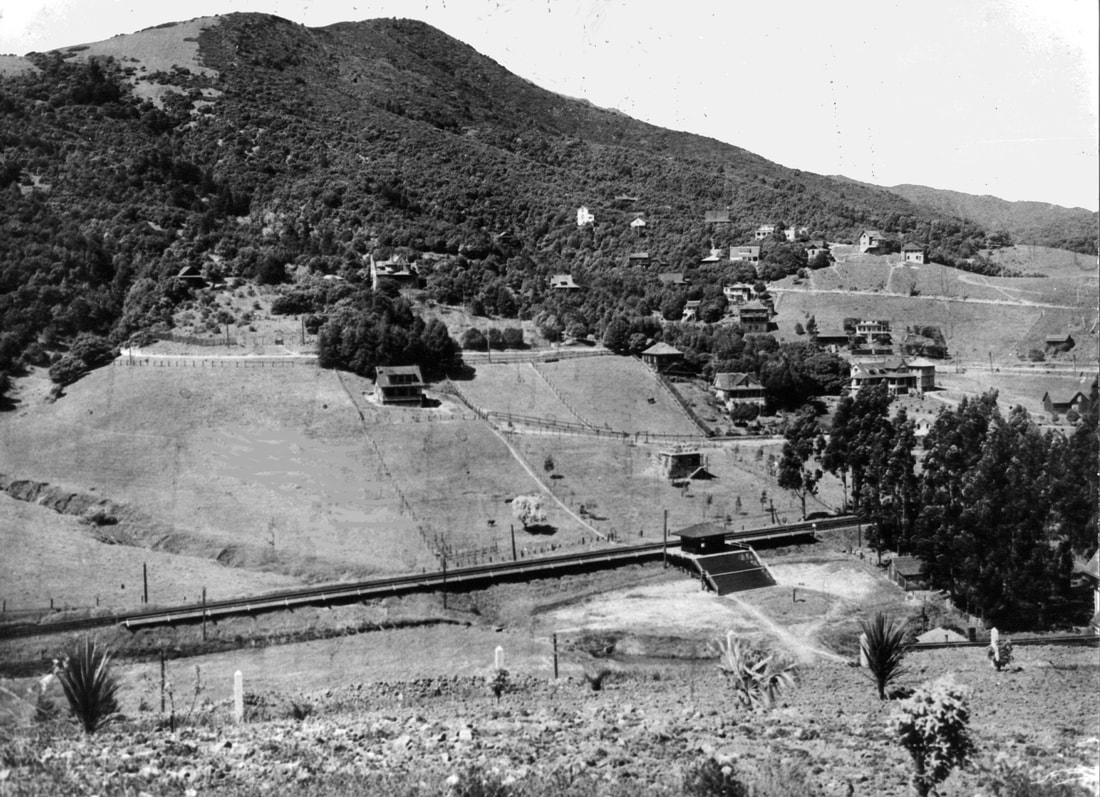 Looking from the opposite direction,  the photo below, with a view toward Chapman Park, shows the first homes built there, adjacent to the 'triangle' where broad steps led up to the train platform.  The small building in the foreground was the sales office for lots in Chapman Park.  Prospective buyers from San Francisco came on the ferry to Sausalito, and then traveled  to Corte Madera on the train through the tunnel, to explore the Chapman Park 'villa homesites' for sale.  The famous Tainter Steps seen left of center in the photo below were built by stone masons brought from Italy to provide convenient access from the Chapman train station to the homes being built on the hill above. 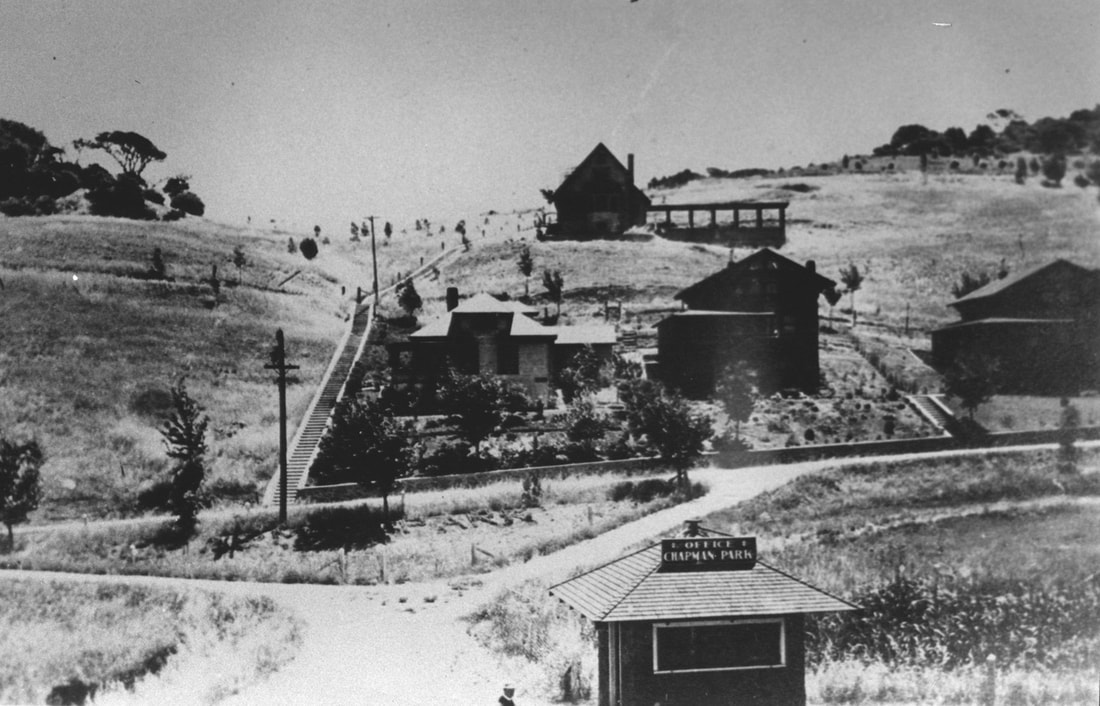